Monsters are very dangerous, and people all over the world know this. We would never like to visit them in real life, but when it comes to the virtual world, your opinion changes completely. You want even to try their skin on you, and see how you would act in unusual situation. A new game that is about to be released gives you such an opportunity and with new skins. Its name is Brutes io, and it deals with terrible beasts. But don’t be afraid, those creatures won’t hurt people, because they will be fighting only with each other, testing their strength and endurance. The game isn’t finished yet, and w can’t say, when it will be released, but people all over the world are waiting for this day, though the date isn’t announced yet.

The most desired feature is multiplayer that will allow gamers from various countries meet on the platform and fight one against another. And your character will impress you, that is for sure! They aren’t accurate, and it may seem to you that they are created from play dough, because they are rather sketchy, without vivid details. But that works with creative people, who can imagine other details in their head. Your character that you are starting with is very little, and he is an easy victim. You should search for the opponent, but make sure that his size isn’t too big. If you become a winner in your first fight, you will see that your enemy will become a messy hip of details that you should consume as soon as possible. This will help you to grow, and become stronger. Your goal is to grow for as long as possible, and become extremely large. But here is a catch – the bigger you are – the less powerful you become. This is not so cool, but you should learn how to survive even in such tense circumstances.

There are two kinds of punches, and you may choose one of them. The first gives you ability to kick everyone anytime, but it is not so powerful, as it should be. You may charge your punch as well; it takes more time, but has better effect on your enemy. You should eat your enemy all the time, and this will probably help you to grow bigger. But when you are the biggest beast on the playing field, less safe you become that is why you can’t stay on top for too long. The thing is that you become slow, and even the smallest enemy that is quick and not that strong may kill you with the help of his or her mobility. If you are ready to take your friends to this wonderful world, you may become the happiest company in the world that knows how to take the stress away with the help of couple of punches. 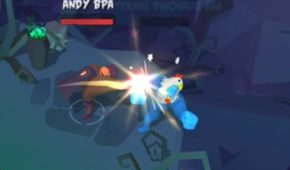 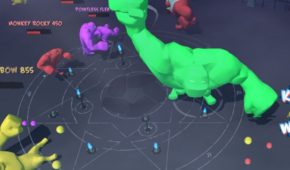 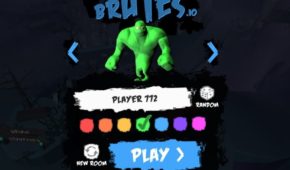 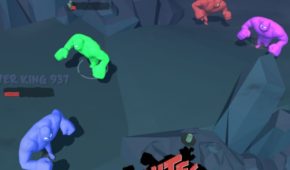 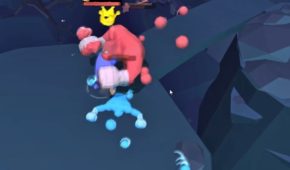 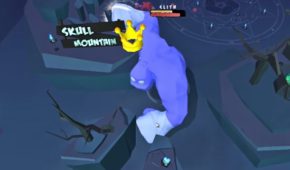